For the first time, The DAISY Award For Extraordinary Nurses was awarded to one unsuspecting nurse at Lima Memorial Health System on Thursday, June 30 during a surprise presentation. The award is part of the DAISY Foundation's program to recognize the super-human efforts nurses perform everyday.

Shelly Kaufman, Emergency Center Registered Nurse, was nominated for the for the extraordinary compassion and caring Shelly displays in times of need. “Shelly is a fine example of a nurse who reaches out to others and gives of herself endlessly,” according to the nominator. While there are many noteworthy events that led to Shelly’s nomination, one in particular stood out for her nominating co-worker. “Shelly stopped to pray with a patient to overcome her disease of addiction. We usually never find out how people are doing unless they come back worse, but in this case, the patient returned with a friend who was a patient. She saw Shelly and thanked her. She had been drug free for three months!”

An acronym for Diseases Attacking the Immune System, the DAISY Foundation is a not-for-profit foundation based in Glen Ellen, CA, and was established by family members in memory of J. Patrick Barnes.  Patrick died at the age of 33 in 1999 from complications of  Idiopathic Thrombocytopenic Purpura (ITP), a little known but not uncommon auto-immune disease.  The care Patrick and his family received from nurses while he was ill inspired this unique means of thanking nurses for making a profound difference in the lives of their patients and their families.

The presentation was held in front of Shelly’s colleagues, physicians, patients and visitors. She received a certificate commending her for being an "Extraordinary Nurse."  The certificate reads: "In deep appreciation of all you do, who you are, and the incredibly meaningful difference you make in the lives of so many people."  Shelly was also presented with a beautiful and meaningful sculpture called A Healer’s Touch, which is hand-carved by artists of the Shona Tribe in Africa. Another tradition established in the memory of J. Patrick Barnes includes providing the honoree with Cinnabon® cinnamon rolls. Said Chief Nursing Officer Ann Pohl, , “We are proud to be among the hospitals participating in the DAISY Award program.  Nurses are heroes everyday.  It’s important that our nurses know their work is highly valued, and The DAISY Foundation provides a way for us to do that.” Lima Memorial will be honoring a second unsuspecting nurse in the near future. 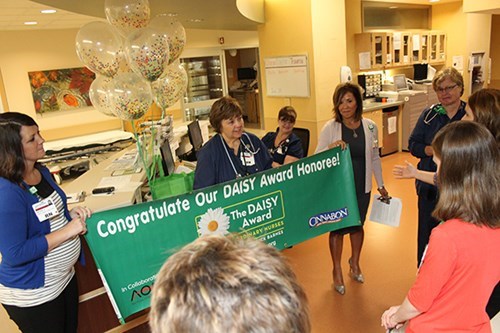 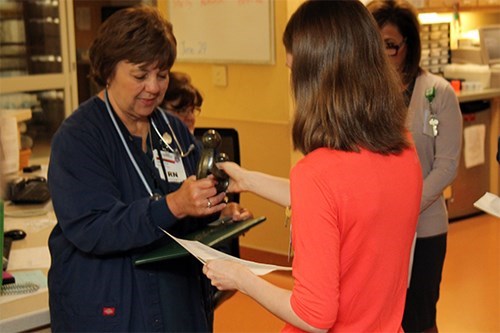 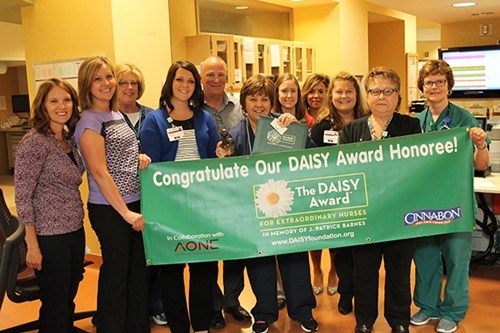 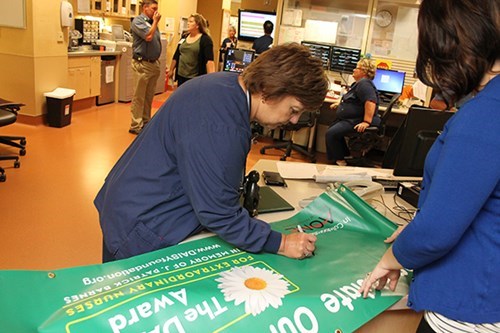