Air around the lung; Air outside the lung; Pneumothorax dropped lung; Spontaneous pneumothorax

A collapsed lung occurs when air escapes from the lung. The air then fills the space outside of the lung, between the lung and chest wall. This buildup of air puts pressure on the lung, so it cannot expand as much as it normally does when you take a breath.

The medical name of this condition is pneumothorax.

Collapsed lung can be caused by an injury to the lung. Injuries can include a gunshot or knife wound to the chest, rib fracture, or certain medical procedures.

In some cases, a collapsed lung is caused by air blisters (blebs) that break open, sending air into the space around the lung. This can result from air pressure changes such as when scuba diving or traveling to a high altitude.

Tall, thin people and smokers are more at risk for a collapsed lung.

Lung diseases can also increase the chance of getting a collapsed lung. These include:

Common symptoms of a collapsed lung include:

The health care provider will listen to your breathing with a stethoscope. If you have a collapsed lung, there are decreased breath sounds or no breath sounds on the affected side. You may also have low blood pressure.

Tests that may be ordered include:

A small pneumothorax may go away on its own over time. You may only need oxygen treatment and rest.

The provider may use a needle to allow the air to escape from around the lung so it can expand more fully. You may be allowed to go home if you live near the hospital.

If you have a large pneumothorax, a chest tube will be placed between the ribs into the space around the lungs to help drain the air and allow the lung to re-expand. The chest tube may be left in place for several days and you may need to stay in the hospital. If a small chest tube or flutter valve is used, you may be able to go home. You will need to return to the hospital to have the tube or valve removed.

A chest tube is a hollow, flexible tube placed into the chest. It acts as a drain. Chest tubes drain blood, fluid, or air from around your lungs, he...

Some people with a collapsed lung need extra oxygen.

Lung surgery may be needed to treat collapsed lung or to prevent future episodes. The area where the leak occurred may be repaired. Sometimes, a special chemical is placed into the area of the collapsed lung. This chemical causes a scar to form. This procedure is called pleurodesis.

Lung surgery is surgery done to repair or remove lung tissue. There are many common lung surgeries, including:Biopsy of an unknown growthLobectomy, ...

If you have a collapsed lung, you are more likely to have another one in the future if you:

How well you do after having a collapsed lung depends on what caused it.

Complications may include any of the following:

Call your provider if you have symptoms of a collapsed lung, especially if you have had one before.

There is no known way to prevent a collapsed lung. Following standard procedure can reduce the risk of a pneumothorax when scuba diving. You can decrease your risk by not smoking. 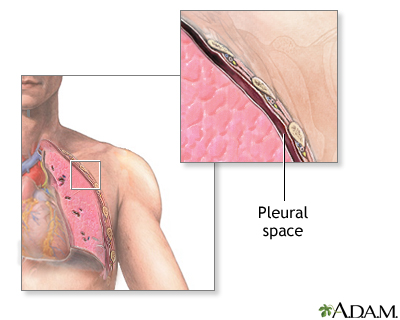 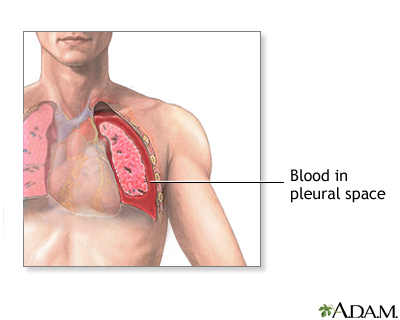 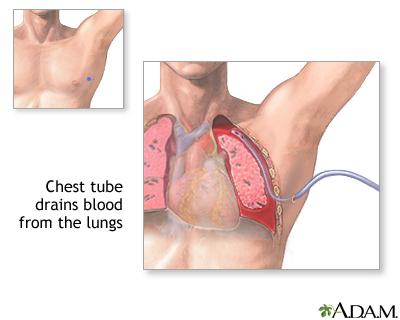 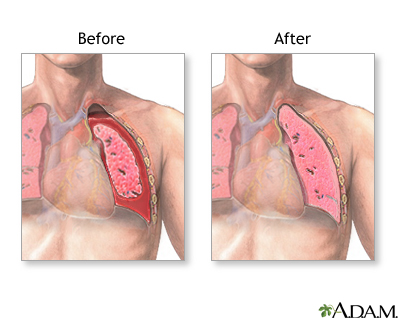 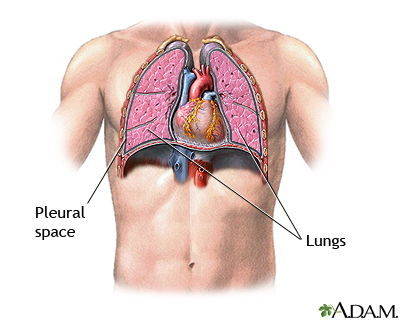 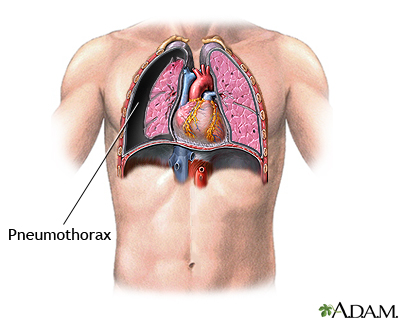 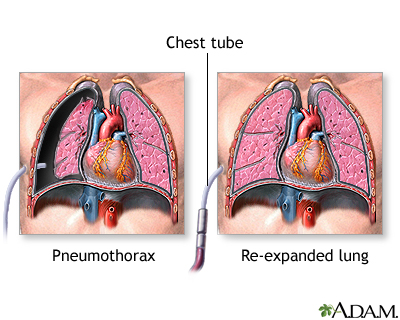 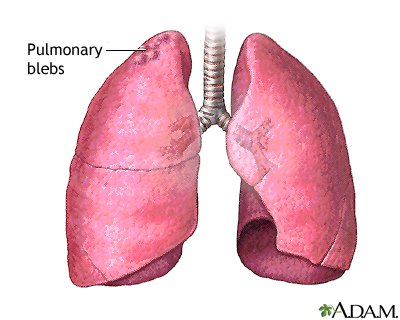 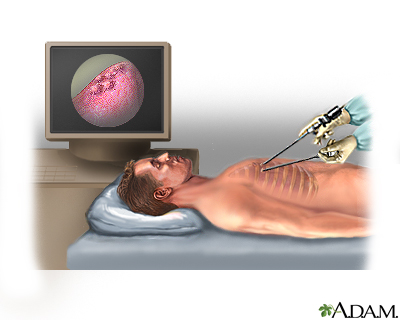 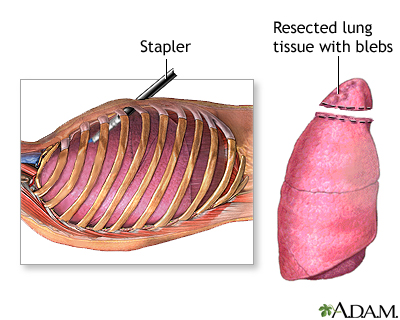